Spread a Smile was founded in 2013 by Josephine Segal and Vanessa Crocker after seeing the positive impact a magician’s visit had on Josephine’s young nephew, Aaron, during his treatment at Great Ormond Street Hospital (GOSH).

During his treatment Aaron had become increasingly withdrawn. Josephine arranged for a magician to visit and it had the most remarkable effect: Aaron’s spirits were lifted and his treatment became more bearable. As a result, Aaron asked if magicians could also visit friends that he’d met on the ward but hospital regulations made this impossible. Undeterred, Josephine promised Aaron she would find a way to make it happen.  She teamed up with friend and former colleague Vanessa Crocker and working closely with GOSH, they founded Spread a Smile.

From those early days, word spread and demand grew. Today, nine years on, Spread a Smile works with 22 NHS partner hospitals and two hospices, providing joyful visits, activities, events and treat drops.  In addition, with the launch of Smile TV and Smile Spaces in March 2020, the charity now offers digital entertainment for thousands of hospitalised children day and  night.

In December 2016 Josephine and Vanessa’s achievements were acknowledged by Prime Minister Theresa May with a Points of Light award. The award recognises outstanding volunteers who continue to make a change in their community and inspire others. In 2017, Spread a Smile was awarded Best Charity at The Sun’s inaugural Who Cares Wins Health Awards. 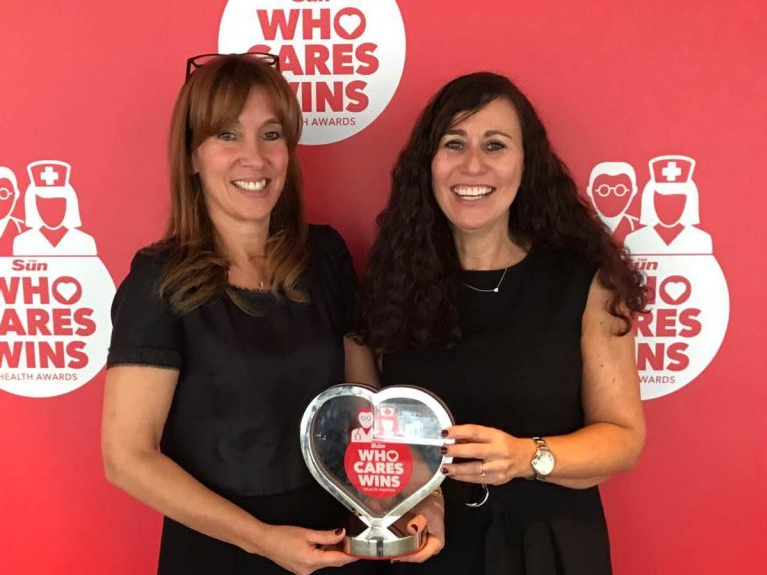