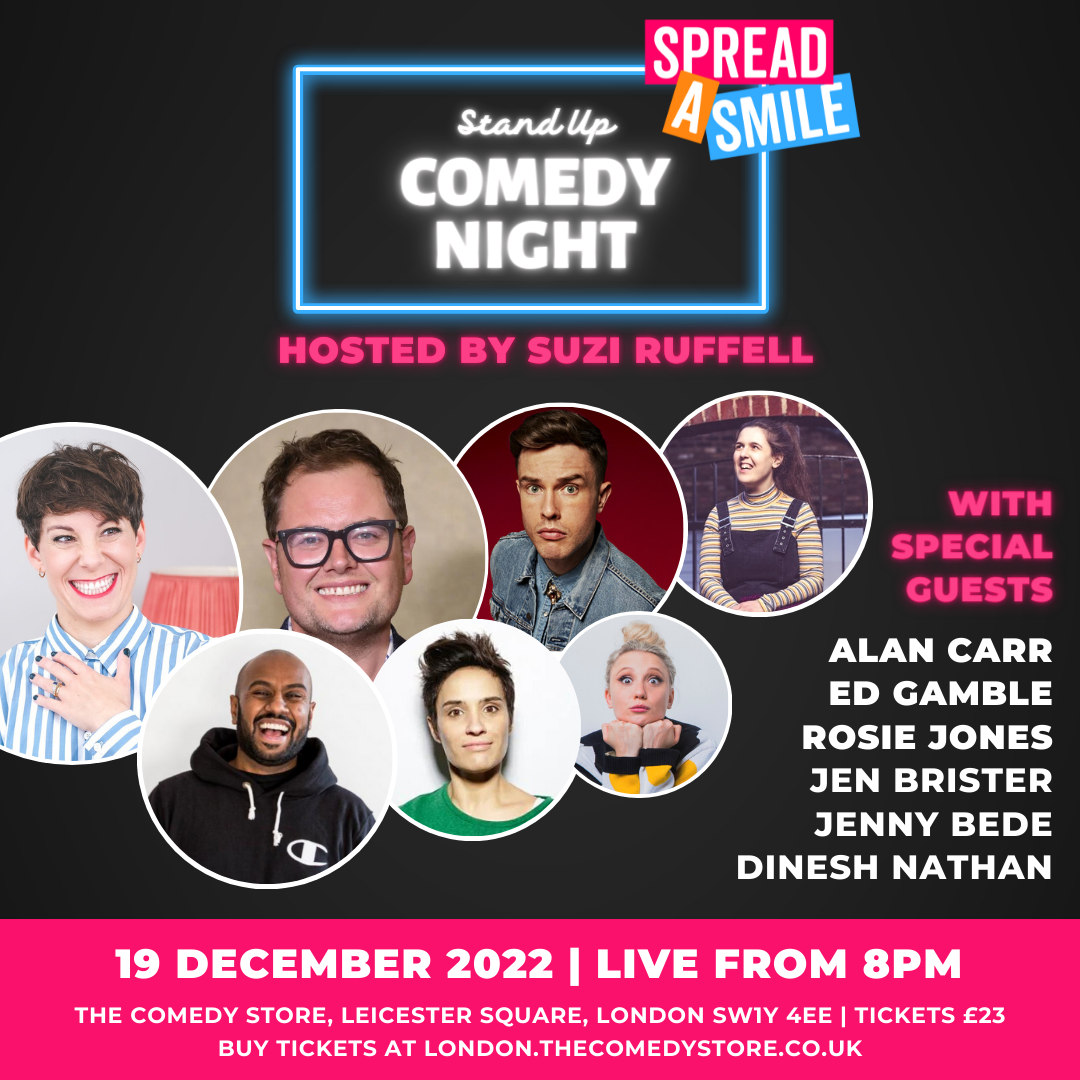 We are delighted to announce that on Monday 19th December, our Ambassador and Comedian Suzi Ruffell will host a second annual Spread a Smile Comedy Night at The Comedy Store, London.

Following on from the success of last year’s inaugural event, Suzi has curated another fantastic evening of stand up comedy, featuring a brilliant line up of famously funny faces, including Alan Carr, Ed Gamble, Rosie Jones, Jen Brister, Jenny Bede and Dinesh Nathan.

Suzi first discovered Spread a Smile when a friend’s child, Trixie, was in hospital and she was able to see first-hand what a difference our visits and entertainers made during Trixie’s stay. Since then, Suzi has supported the charity generously, donating her winnings from TV appearances on The Tipping Point and The Weakest Link, and organising and hosting the first comedy fundraiser in aid of Spread of Smile in December last year.

Tickets are on sale now for £23 each, with all proceeds from the event supporting our work spreading laughter and smiles to seriously ill children in hospital wards across the UK. Last year tickets flew off the shelf, so don’t miss out!

Bar and Diner open from 7pm, event starts at 8pm. Strictly over 18’s.

A huge thank you to Suzi and all of our fantastic comedians for generously giving up their time and sharing their talents with us. And to The Comedy Store for their ongoing support.