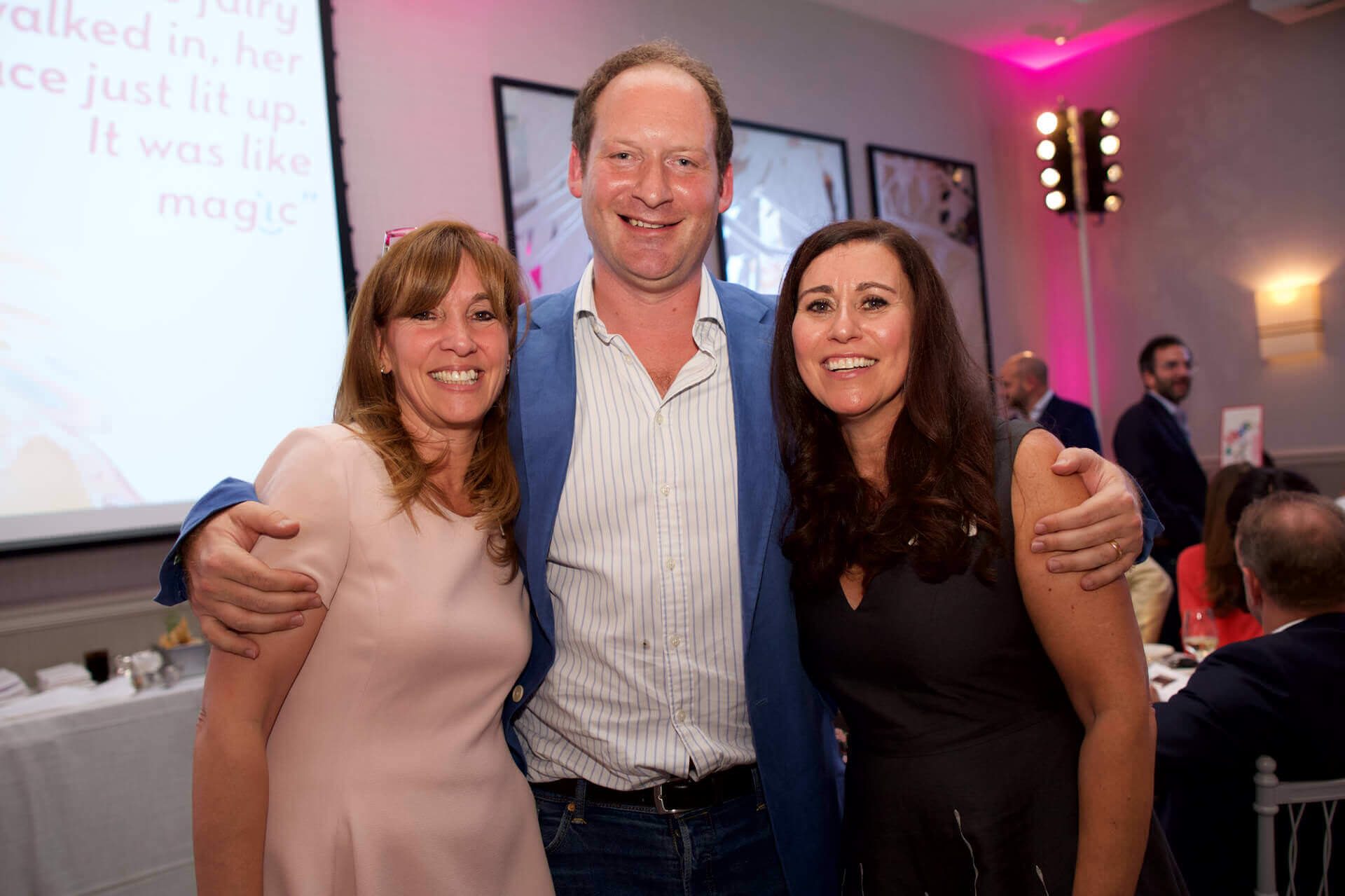 Our Summer Party was a night filled with entertainment and laughter, but also some very moving stories from the special children and teenagers we visit in hospital and their families.

Varun, a 13-year-old that we visited at UCLH and GOSH, kicked off proceedings by telling us about his battle with cancer and how Spread a Smile made a difference to his time in hospital by entertaining him and taking him out on special trips to the theatre, an acting workshop and a concert. He said he found his time in hospital “very isolating”: “You feel alone and bored… wishing you had something to take your mind off your illness. Thank goodness for the Spread a Smile team who were there to help me through times like these. Without Spread a Smile my journey would have been a lot more difficult to endure.”

Co-founder Josephine Segal explained why she and Vanessa Crocker started the charity in 2013 after seeing the positive impact a magician’s visit had on her then 9-year-old nephew, Aaron, when he was treated for cancer in Great Ormond Street Hospital. She went on to describe the charity’s journey over the last four years, from small beginnings visiting GOSH once a month, to now entertaining over 3,500 children a year in four London hospitals on 12 visits every month. She introduced the now 14-year-old Aaron, the inspiration for Spread a Smile, who had us rocking in our seats as he performed the Bill Withers’ hit Lovely Day with his school friends and bandmates Alon and Lior.

Other entertainment came in the form of the internationally-acclaimed opera singer Deborah Myers who sang Somewhere from West Side Story. Britain’s Got Talent Magician Jamie Raven explained how honoured he felt on being asked to become Spread a Smile’s Patron. He then treated us to a special magic show, delivered with his distinctive flair and comic timing. Spread a Smile magicians kept us entertained throughout the evening, giving us a taste of the magic (literal and metaphorical) that they create for the courageous children and teenagers we visit in hospital. Magicians Ian Manly, Paul Megram, Daniel Reed and Martin Rees performed close-up magic, Judge wowed us with his spontaneous poems and singer Collette Spinner delighted us with several numbers during the reception.

Paul Sexton, Managing Director of Lawsons, spoke of how he had observed Spread a Smile’s effect first-hand and how that had led the firm to support Spread a Smile. He appealed to all our guests to dig deep so we can continue sprinkling that magic in hospitals: “The slowest clock on the planet is a hospital clock. The biggest thing you can do for anybody that is ill is make them smile and create distractions which help control pain. These guys do it in spades. I have to say I have never ever witnessed something as special as the Spread a Smile team. They are truly truly amazing at what they do.”

Spread a Smile Co-founder Vanessa Crocker followed by talking about our vision for the future of the charity. She spoke of how Spread a Smile’s “work is in demand and we have now been asked by each of the hospitals [we visit] to increase the frequency of our visits… and even start working in a fifth paediatric hospital from early 2018.” She appealed to our guests to give generously and help us realise our dream of helping more children and teenagers over the coming months and years.

Vanessa then introduced Parker Moss, father to 9-year-old Vanessa who suffers from neuroblastoma, a rare type of cancer that forms in the nerve tissue and mainly affects babies and young children. Parker spoke movingly of Vanessa’s long illness and how Spread a Smile entertainers have made a huge difference to his daughter during her treatment at GOSH and UCLH, making her feel at those times, despite her illness, “like the luckiest girl in the world”. He said, “It’s more than just a smile… it’s about feeling lucky and being loved… it’s a really truly important thing that Spread a Smile do”.

The night was rounded off by a film that followed members of the Spread a Smile team on hospital visits, demonstrating the charity’s transformational work and hearing testimony from the children and teenagers, their parents and the NHS staff we work with. By the end of the video there was barely a dry eye in the room.