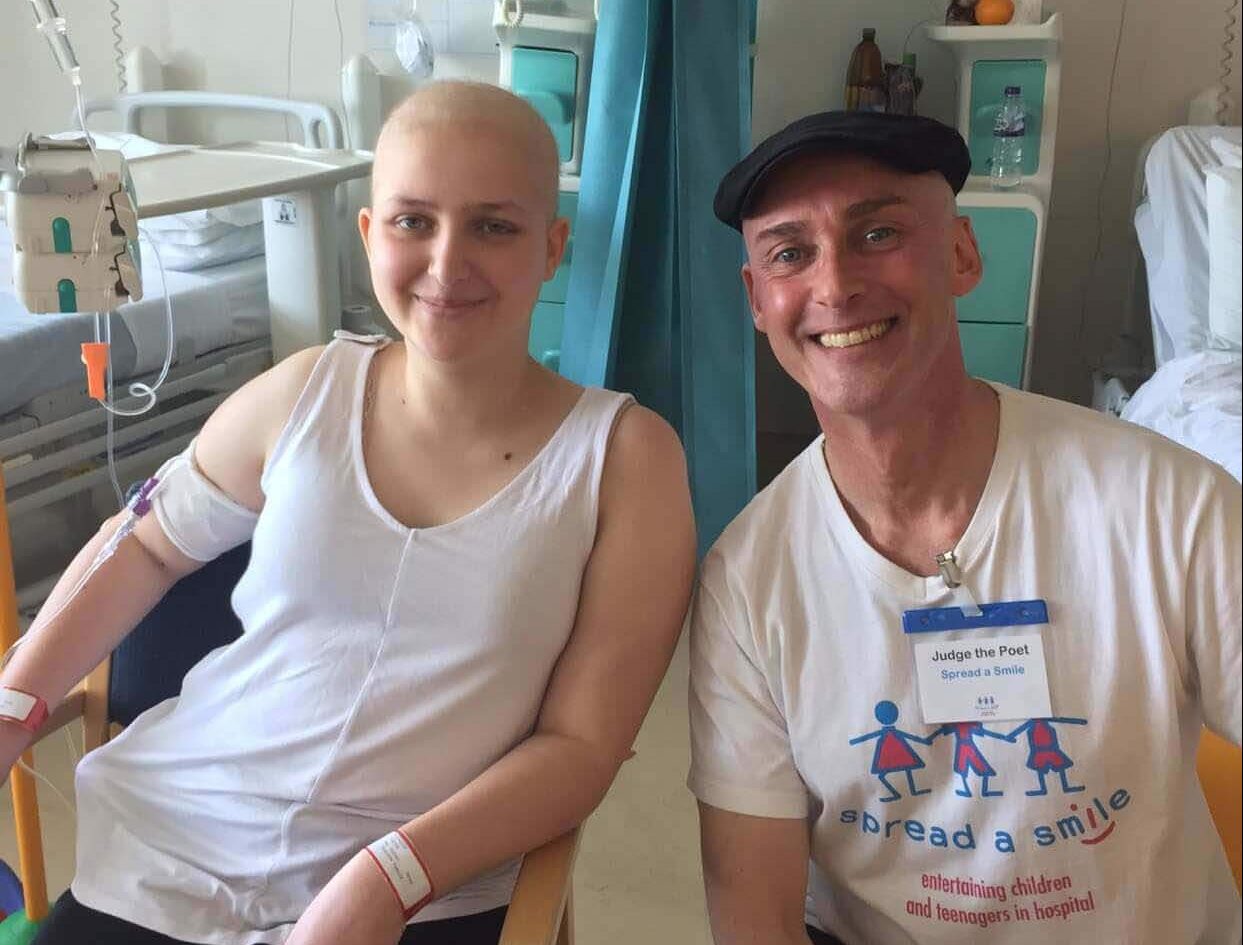 An amazing team of cyclists from RBS Cash Operations based in Maidstone and led by Simon Foster, cycled 200 miles across Kent to raise money for Spread a Smile over a week at the end of June.

Simon and his colleagues, Jon Barnes, Scott Howie, Mario Fenech and Simon Cawse, chose to support us as Simon’s 12-year-old daughter, Amy Foster, has been visited by our entertainers during her treatment for Osteosarcoma at UCLH this year.

Amy developed a severe pain in her knee earlier in 2017, and was diagnosed as having a cancerous tumour in her femur. She is receiving chemotherapy at UCLH as well as having an operation to remove part of her femur, which will be replaced by a bionic prothesis.

When her dad asked Amy which charity his cycling team should support with their epic challenge she nominated Spread a Smile. She says, “I love Spread a Smile visits as I like being active and hospital treatment is sooooo boring! I love the fairies as they are just fun and they smile so much. It really cheers me up. The magician, though, is my favourite as I couldn’t work out how he did his tricks!”

Sarah Quigley from RBS wrote on their JustGiving page: “Hospitals are scary places at the best of times and whilst Amy has been visiting the hospital this fantastic charity have been there to take her mind off things as much as possible. Simon has seen first-hand the incredible work that this charity does in bringing a smile to a sick child’s face through the toughest of times.”

Thank you so much to Simon, Jon, Scott, Mario and Simon for their fabulous team effort which has raised an astonishing £2,866, more than five times their target! And a big thank you also to Amy for nominating us!